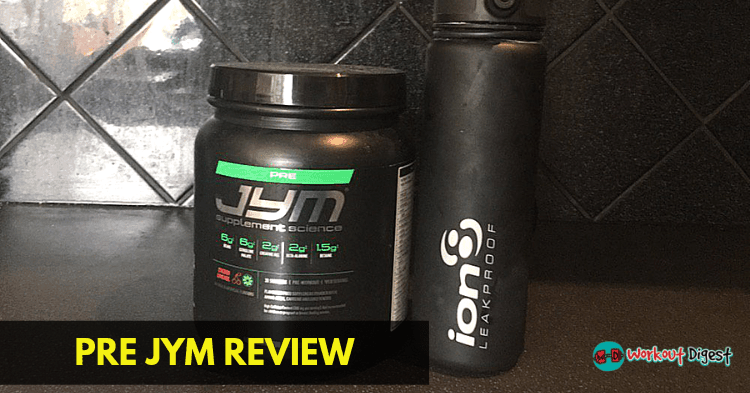 Pre-workouts are many and varied. There’s a lot on the market and there’s a lot of underwhelming bunk, with a few diamonds in the rough.

Today we’re going to discuss JYM PRE and figure out which of these two categories it leans towards. You’re going to want to stick around if you’re a fan of the JYM product line or you’re trying to get a pre-workout and want to get the best possible info!

Overall, this product doesn’t set the world on fire. It’s a pretty standard approach. The supplement science label doesn’t do much to set it apart from the other products we’ve worked with.

The focus is clearly general-use, as with products like C4 and MusclePharm Assault, and it compares quite well to these products. However, it doesn’t establish itself as a supplement that is distinctive by using scientifically-chosen ingredients/dosages.

From the get-go, it looks like a general product in a rather general range that has some interesting choices but doesn’t set itself apart in any meaningful way.

The ingredients are pretty predictable in this product, using many of the most popular ingredients on the market: caffeine, creatine (though not as much as we’d like), BCAAs (which are pretty underwhelming), and a few others.

The most notable and impressive is the citrulline – a compound we’ve been asking for consistently in pre-workout supplements. This is far more effective than arginine and the 6g quantity in this product is perfect, sitting at the upper end of the recommended performance dose.

Betaine is another great compound for health and wellbeing that combines well with beet root and cysteine, improving choline levels and improving supplementary cysteine metabolism. This also supports cell hydration and better pumps.

Equally, this product kicks ass when it comes to the selection of mental support compounds. While there’s no theanine (the best compliment to caffeine), it contains 2 forms of brain-supporting choline, and then Tyrosine. These are great compounds for supporting your overall mental wellbeing and mood, as well as combatting fatigue. However, the dose is relatively low in this product.

Betaine actually also has a lot of supposed benefits, but many of them overlap with other compounds in this product and often the research isn’t clear. If nothing else, we can say it balances well with the rest of the product and supports methylation and the hyperhydration of muscle cells!

There are some compounds that we consider secondary or complimentary that are worth noting but only as they relate to other compounds:

The 13 ingredients in this product are all relatively good, even if many are under-dosed compared to the proven performance-thresholds. The key compounds are almost all surrounding better pumps and cell-hydration.

This is a reasonable choice but it’s important to remember that this is going to be a key player in bodybuilding-style training. If you’re not chasing the pump and you want to improve performance in other areas – strength, power, endurance – this isn’t for you.

This product is just clearly cut out for a niche – it’s a generally useful compound but if you’re not specifically looking for vein-popping, bicep-swelling pumps then it’s a relatively uninspiring general-use supplement.

My Experience with PRE JYM

I did not experience much with this product, even when compared with competitors on the market.

The one major feeling I got – far from the standard feelings of prolonged wakefulness and focus – was a lot of beta-alanine. This is a pretty common compound and the tingles are fine (if a little unpleasant).

However, with the JYM PRE, this was the overwhelming majority of the experience and I really didn’t find it to be a particularly great one when compared to something like C4 or Assault, even when dosages were higher.

The caffeine effect seems blunted somehow, and there have been no changes to my overall caffeine intake or tolerance, so it’s interesting to see this kind of experience-difference. I’m not sure what it is, but JYM’s PRE just doesn’t provide a significant mental performance change in my experience with the product.

You’ll get some of the caffeine experience – of course – but it feels more like heart rate change than cognitive improvements or an improved attention/wakefulness. Not a favorite.

The taste is pretty good – though not in a way that sets itself apart. The JYM POST is one of the most delicious products on the market but the PRE doesn’t quite live up to this reputation and standard.

We’re not saying it’s bad – it definitely compares well to other products that use cherry-limeade (such as the C4 Ripped) – but it’s not noteworthy. It’s a pleasant taste experience but that’s about as much as we can say of it.

It would be totally fair to put this product’s taste in the average to above average range. We don’t want to sound critical about it (as it’s good), but JYM’s own range has set a high bar that this product just doesn’t fit into.

The mixability is definitely better than the POST, which we have established as notoriously poor. It’s less of a concern with this product though it is occasionally powdery at the bottom of a 500ml drink.

This is a pretty normal experience – there are very few products on the market that don’t experience some solubility problems at this level. Again, what we see here is an average or above average experience and performance with the JYM supplements.

Our final verdict is absolutely flat. This product doesn’t establish itself as a key competitor in the market and it is reliably unspectacular for anyone who isn’t looking for a pump-boosting supplement.

My experience with this product over the week of using it was entirely unenthusiastic as I’ve yet to experience the same kind of positive experience as with other products. It’s not a bad product, it just sits comfortably in the 5-6/10 range for almost every other aspect of the experience.

I don’t do a tremendous amount of bodybuilding work – just enough to ensure proper joint health and balanced strength – and perhaps that’s left me on the outside of this product’s niche. However, I think I represent everyone else that isn’t looking for this level of specificity.

JYM products are reliably in this upper-average region and – while we like the scientific approach to supplementation – there’s clearly something underwhelming about this product for general use that means we could easily take or leave it. If you’re chasing the pump, however, it’s a really great option. 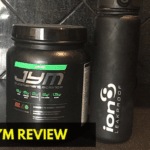